Ottaviani Law Firm was founded in 1973 by Franco Ottaviani and is located in the heart of Verona, in the historic district of Veronetta. The firm serves an extensive client list acquired over many years and has taken a new direction under the guidance of Nicola Ottaviani, expanding into a growing number of international areas.
Ottaviani Law Firm has grown steadily and offers clients a wide range of professional and legal services, enabling it to find the best possible solution to each case. As well as handling civil and criminal cases internally, Studio Ottaviani also works with other administrative and tax law firms and accountancy firms in order to provide clients a complete overview of the possible responses to their needs.
Ottaviani Law Firm comprises a group of professionals who have been able to meet the challenges presented by the continuous evolution of society and the market. Ottaviani Law Firm don’t forget the skills acquired over time in traditional sectors, and above all maintains the principles which have underpinned and which continue to inspire the legal profession.
All lawyers working at Ottaviani Law Firm have excellent interpersonal skills and, given the importance of an outward-looking international perspective, an appreciation of the legal, social and cultural differences at play. 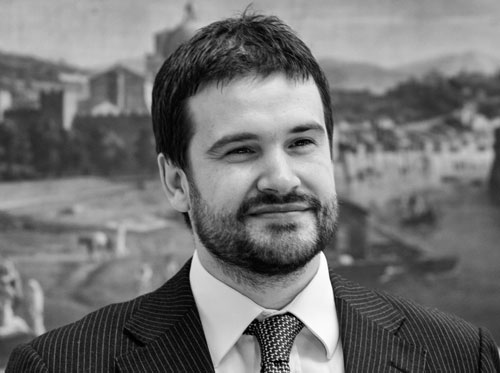 Born in 1976, Nicola Ottaviani graduated in law at Trento University in 2000 with a thesis entitled "Atypical contracts in Italian and German law" (Prof. Umberto Bussani), after having studied for two semesters at the Law Faculty of the University of Salzburg.

After working at a number of law firms, including German firms, that specialise in international law, especially from and to the Germanic world, in 2003 he joined the law firm founded by Franco Ottaviani, who sadly passed away in 2008. The experience he acquired in Italy and abroad allowed him to continue his civil law work in Verona, implementing and expanding the legal and linguistic skills he had developed over the years from his international experience.

Today Nicola Ottaviani, who became a member of Verona Bar Association in 2003 and joined the Special Roll of Attorneys of the Supreme Court and Supreme Jurisdictions in 2016, specialises in civil law, commercial law, in particular commercial agent law, succession law, insurance law, liability in road accidents and medical liability, as well as Italian and international contracts.

Alongside traditional activities, he has honed his skills in the area of private international law and international commercial law, and frequently manages disputes in French and German.

Since 2003 he has been a member of the Adriano Vianini Committee for International Relations and relations with other professional orders of Verona Bar Association, in 2010 he joined Deutsch-italienischen Juristenvereinigung – Vereinigung für den Gedankenaustausch zwischen deutschen und italienischen Juristen – e.V. and in 2016 he joined the UIA – the International Association of Lawyers in Paris. 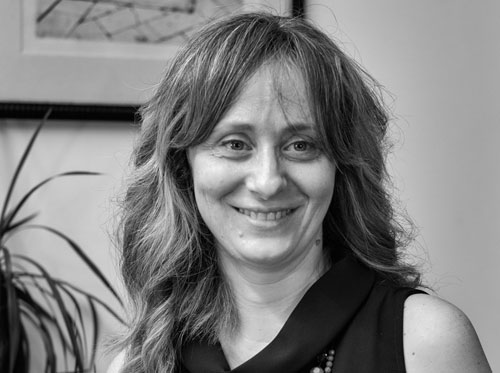 Born in 1973, Karin E. Belliardo graduated in law at Parma University in 2000 with a thesis entitled "A comparison of laws governing misleading advertising in the Community and Italian legal orders" (Prof. Fausto Capelli).

After gaining professional experience in firms specialising in international law, including Pini Bingham & Partners in London and the firm of Prof. Aldo Frignani in Turin, she joined Studio Ottaviani in 2006. 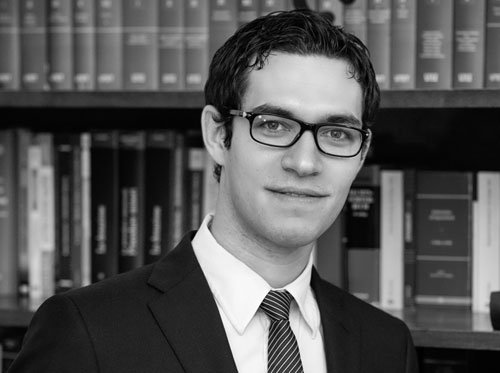 Born in 1987, Stefano Corazzina graduated in law at Trento University in 2012 with a thesis entitled "The draft EU Regulation on a Common European Sales Law (CESL)" (Prof. Luisa Antoniolli), after studying for a semester at the Eötvös Loránd University Faculty of Law in Budapest (Hungary).

During this period, as well as perfecting his English, he began studying Hungarian, a language in which he retains basic proficiency. From November 2012 until June 2014 he attended the Post Graduate School for Legal Professionals of the University of Trento and Verona, obtaining a Second Level Master's.

He joined Verona Bar Association in 2015 and has worked for Studio Ottaviani since May 2013.

His practice focuses mainly on civil law, law of associations and foundations, contracts and credit recovery. 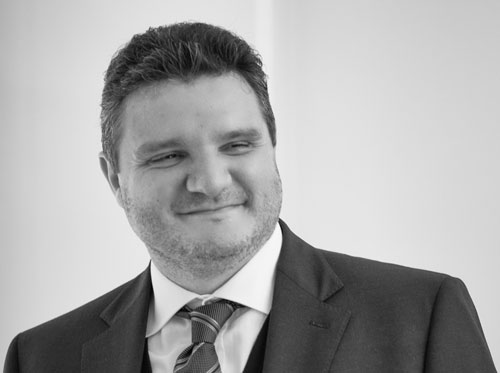 Born in 1976, Alessandro Mantovani graduated in law at Verona University in 2010 with a thesis entitled "The service contract with a particular focus on broadcasting services" (Prof. Giovanni Sala).

He registered in the Verona Bar Association and has worked for the Studio Legale Ottaviani since May 2013.

His practice focuses on civil law, family law, tenancy law and credit recovery. He also works as a judicially appointed guardian to protect the rights of people in need. 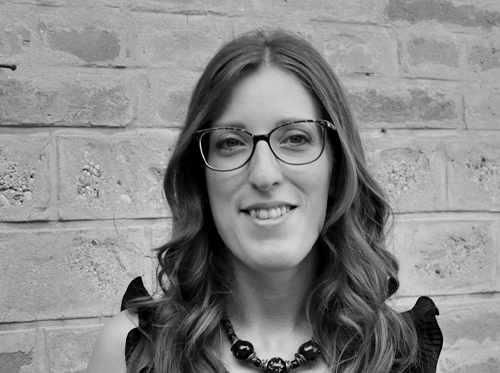 Born in 1986, Elena Mantovani graduated in law at Verona University in 2012 with a thesis entitled "The right of access to the administrative documents. The case of the environmental information" (prof. Daniele Corletto).

In 2010 she attended a Spanish course at Universitat Autònoma de Barcelona (UAB), where she was able to study the Spanish language.

Elena became a member of Verona Bar Association in 2018 and collaborates with the Studio Legale Ottaviani since May 2019.

In 2019 she has attended the course "Become a Legal Guardian" led by Regione Veneto and ULSS 9 and today she is a member of the register of Legal Guardian at Verona Bar Association. 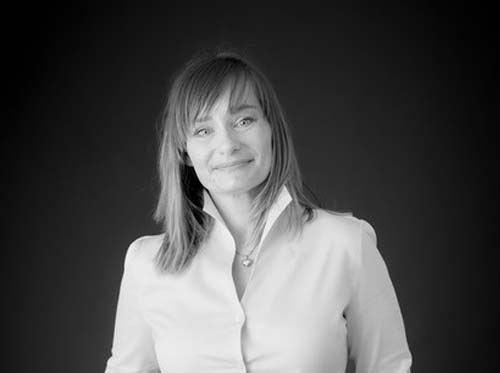 Born in 1981, Adwokat Anna Karsznia was graduated in Law at the University im. A. Mickiewicza of Poznan (Poland) and at the same time at the Faculty of Law of the University of Viadrina in Frankfurt / Oder (Germany) with a thesis in the commercial agency contract. 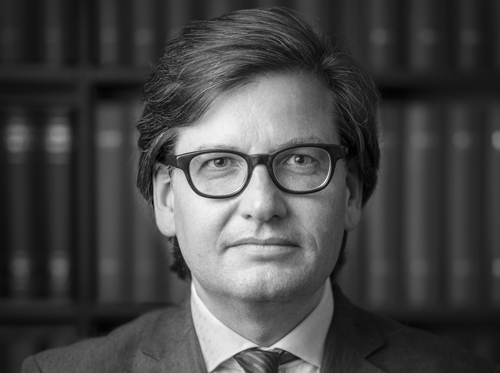 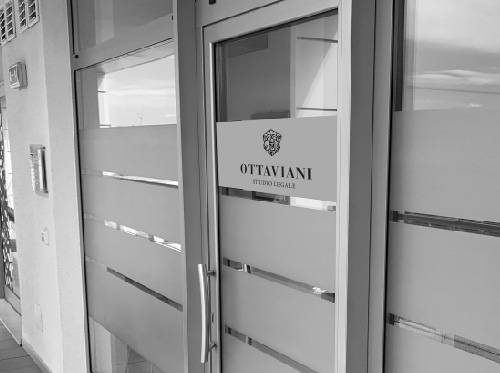 Over the years Studio Ottaviani has developed extensive expertise in the different areas of civil law, offering highly specialised consultancy both in and out of court, including during execution, to its client list comprising companies and individuals from Italy and abroad.

The firm specialises in European Union law, international law and contracts, as well as in the following areas:

For years the firm has worked closely with leading law firms in Germany (in particular the firms of Bernd Oostenryck of Munich and Heinz L. Bauer of Frankfurt), Austria, France and Poland.

HOW TO FIND US

You can find out more about which cookies we are using or switch them off in settings.

This website uses cookies so that we can provide you with the best user experience possible. Cookie information is stored in your browser and performs functions such as recognising you when you return to our website and helping our team to understand which sections of the website you find most interesting and useful.

Strictly Necessary Cookie should be enabled at all times so that we can save your preferences for cookie settings.

If you disable this cookie, we will not be able to save your preferences. This means that every time you visit this website you will need to enable or disable cookies again.

This website uses Google Analytics to collect anonymous information such as the number of visitors to the site, and the most popular pages.

Please enable Strictly Necessary Cookies first so that we can save your preferences!